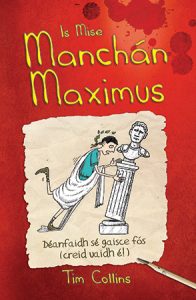 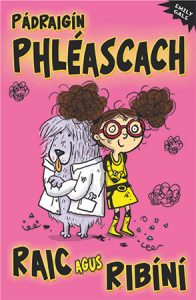 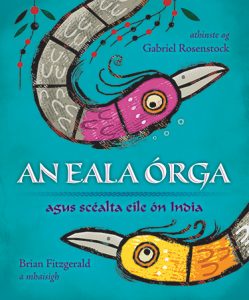 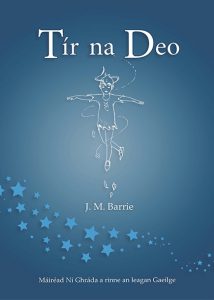 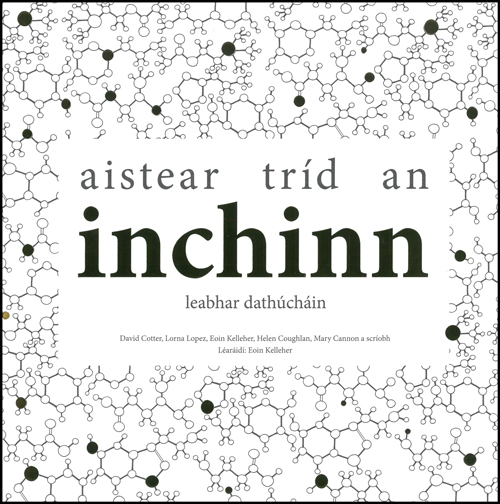 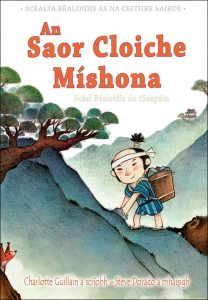 To hear an interview with the author of these new picture books broadcast on the Iris Aniar programme on Raidió na Gaeltachta click HERE. Interview begins 42 minutes into the programme.

Only babies wear nappies, right! Bláithín and Oisín are growing up quickly and are looking forward to saying goodbye for good to nappies and using a potty for the first time. Both these stories convey the fun that can be had when learning something new and how a little encouragement and support can reap wonders. A set of stickers illustrated by Sheena Dempsey accompany each book.

A note about the author and illustrator can be found HERE.

Two illustrated books from the series Folk Tales from around The World. Traditional folk tales with rich textured illustrations that draw out the character and moral of these tales.

This book tells the story of the Unhappy Stonecutter, a traditional Japanese folk tale. In it, a simple stonecutter learns that you should count your blessings and be grateful for what you already have, instead of always wanting more!

This book tells the story of the Empty Pot, a traditional Chinese folk tale. In it, the hero of the story learns that it is better to be honest than to cheat, and that honesty will bring real rewards. 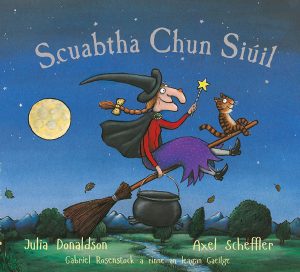 Read extact from the book here 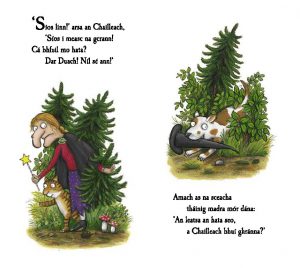 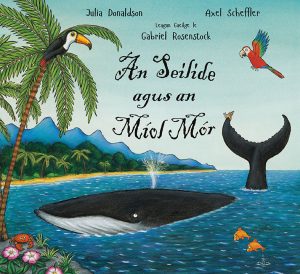 Read extract from the book here 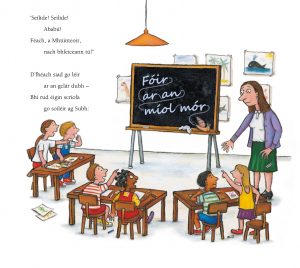 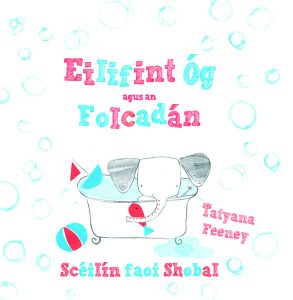 Shortlisted for the Literacy Association of Ireland Book Awards 2017. Click on the image for more information.

One of a series of 4 picture books by Tatyana Feeney.  The other titles in the series are listed below. 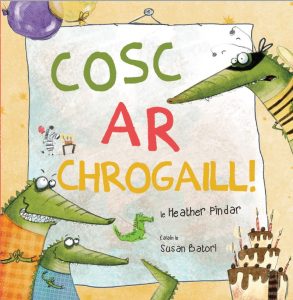 It's to party but there's one rule: strictly no crocs! Zebra invited everyone to her party except the crocs. Cruncher, Chomper and Snapper are annoyeduntil Snapper comes up with the plan to disguise themselves, go to the party and eat everyone up!With their costumes on, the crocs make quick work of blending in at the party, but they soon forgettheir plan as the party proves to be too much fun! 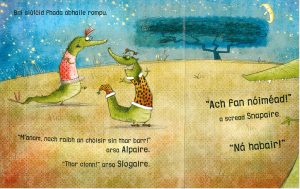 Who is quicker over 100 metres, an Olympic gold medalist or a cheetah? In this colourful series of info books we discover which animals are the the quickest, strongest and most athletic: Gaiscí Gleacaíochta; Gaiscí Snámha agus Tumadóireachta; Gaiscí Lúthchleasaíochta agus Gaiscí Nirt agus Troda. In an Olympic contest who would get the upper hand or paw in a head to head between man and beast!  On your marks, get set...... 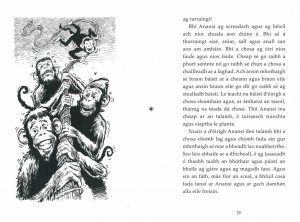 Shortlisted for the CBI Book of the Year Awards 2017. Over a dozen stories from the oral tradition of several African countries retold by Gabriel Rosenstock with striking illustrations by B. Fitzgerald.

Gordys taking a bath, when a stinky bubble floats to the surface. Gordy wonders, Why do bubbles come out of my body? When the bubble starts talking, it takes the gang on a journey that lifts the lid on how the human digestive tract works. 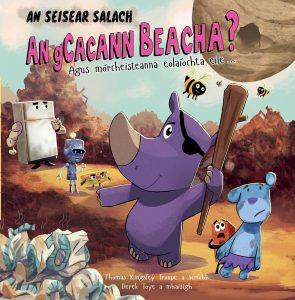 The Garbage Gang discovers a beehive in a stinky situation and they wonder, Do Bees Poop? With the help of a little bee friend, they get an answer to their burning question. By the end, they’ll be knee deep in knowledge about living and nonliving things. 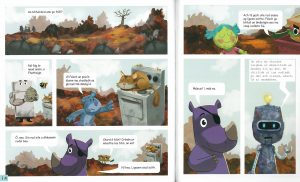 Eric gets lonely sometimes, his mother and father are so busy with his younger sisters sometimes that poor Eric doesn't get much attention. He'd love to have a friend. However, when Morf arrives Eric isn't sure if he's the type of friend that he really wants. Morf says that he's trying to help Eric, but does he really have Eric's best interest at heart? 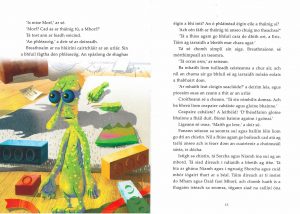 Drubal the dog, lives a happy and comfortable life with the Ó Maoláin family. However, when the children start blaming him for their misdemeanours, to avoid getting into trouble with their parents, they get more than they bargained for. With accompanying CD. 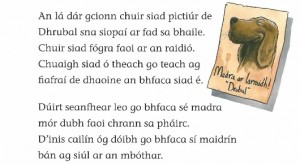