In the film we discover how, through the singing of the Gaelic psalms the people of Lochs keep the spirit of the Celtic Church alive to this day. The film takes inspiration from the amazing story of the traditional sailing boats resounding with the iconic sound of the Gaelic psalms as they once set off from the services in Keose to their villages up and down Loch Erisort. The film is based on a community-arts project, and marks 1500 years of Colmcille’s influence in the Gàidhealtachd lands and farther afield.

Tickets for the première are available here, and the film will also be made available here. Director and artist Déirdre Ní Mhathúna, who is fluent in Scottish and Irish Gaelic gave the following account of how the project came about:

"It is a great honour to release the film “Calman nan Loch - The Dove of Lochs” to mark 1500 years of Colmcille’s influence in the Gàidhealtachd lands and farther afield. This is a wonderful story from Lochs in the Isle of Lewis which came to light while I was showing my artwork in the small village of Keose, on the north side of Loch Erisort, in 2007. On that day I had intended to say a grateful and fond farewell to the people who had made me welcome over several years."

"Without a doubt, The Psalmboat Project altered what was ahead of me as an artist. Although I had no inkling that I’d be involved in such a long-lasting project on Lewis, nor that I’d forge such deep friendship through the Gàidhlig language, at the time I met the people of Lochs and heard the story of the psalmboats I was on a quest for a meaningful artist’s practice as a Gael. It was there, in that wee village on Loch Erisort that I found my lodestone which finally connected my Irish identity and my creative life in Scotland. I will forever be grateful for this unexpected gift."

In the film you will come with me into the heart of a faith journey that has Colm Cille’s Island and the iconic image of the dove at its centre. We discover how, through the singing of the Gaelic psalms the legacy of the pre-Reformation monks endures and how the people of Lochs keep the spirit of the Celtic Church alive to this day. 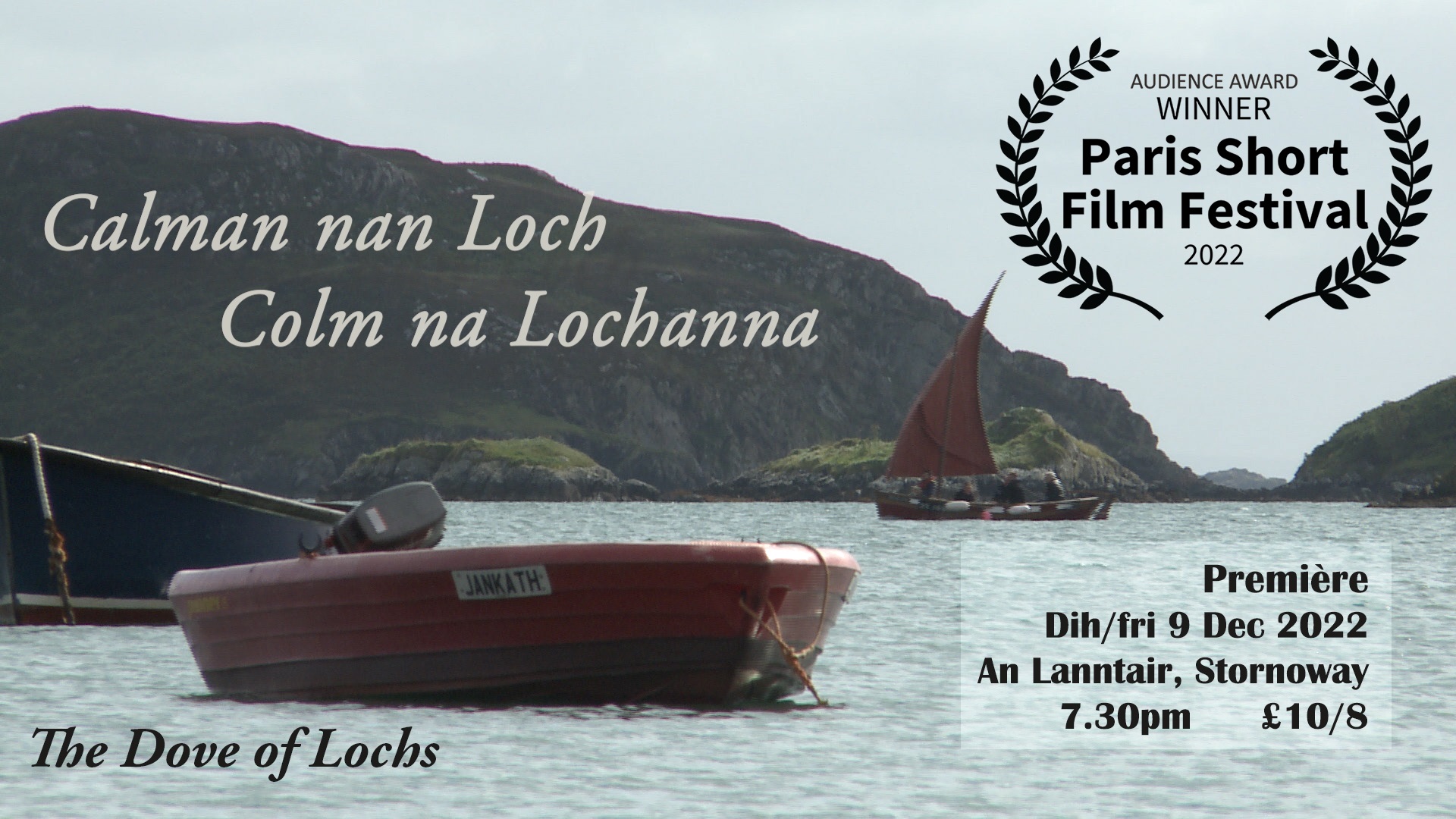