The daughter and granddaughter of Niall Ó Dónaill, Éilis Grae and Síle Grae, presented the Niall Ó Dónaill Medal to Katharina Dietz at an event in Foras na Gaeilge’s headquarters in Dublin last month. Katharina won the main prize in the lexicography essay competition, organised by the Department of Lexicography in Foras na Gaeilge. This competition aims to encourage third-level students to consider lexicography as a research area and as a career. The following students won prizes this year: 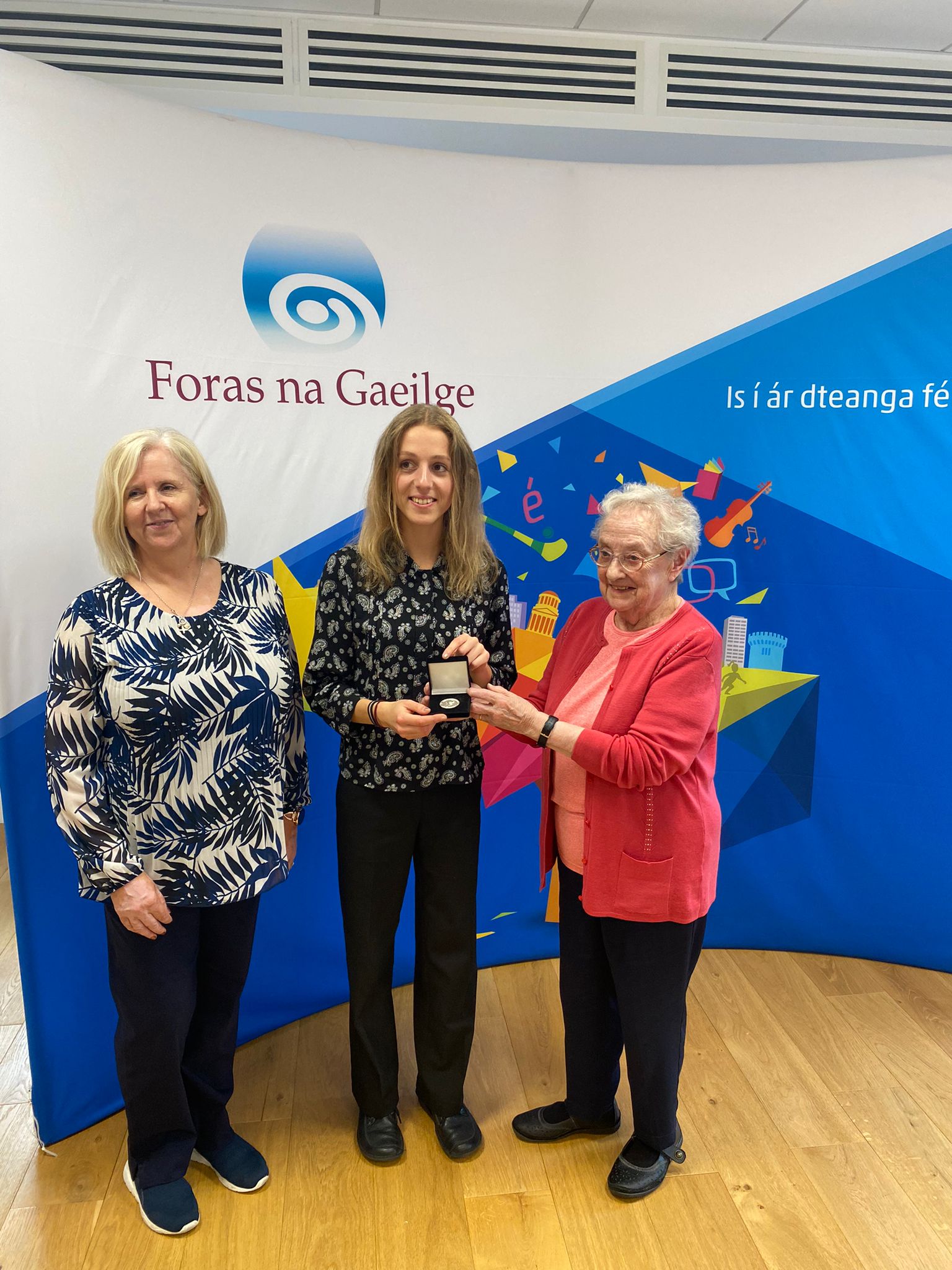 The assessment panel were very impressed by the range of material and by the high standard of the essays in general. Pádraig Ó Mianáin, Foras na Gaeilge’s Lexicography Editor, said:

“Students have expressed a keen interest in the Niall Ó Dónaill essay competition two years in a row and that is a great source of encouragement for us in the Department of Lexicography. We congratulate all of the students who entered the competition this year on their excellent work. We thank the lecturers and tutors who helped them to prepare their essays or encouraged them to enter. Congratulations to Katharina, Tomás and Saoirse who wrote exceptional essays and who won prizes in this year’s competition. We sincerely thank Éilis Grae and Síle Grae, the daughter and granddaughter of Niall Ó Dónaill; it was a great privilege for us to have them both at the event.” 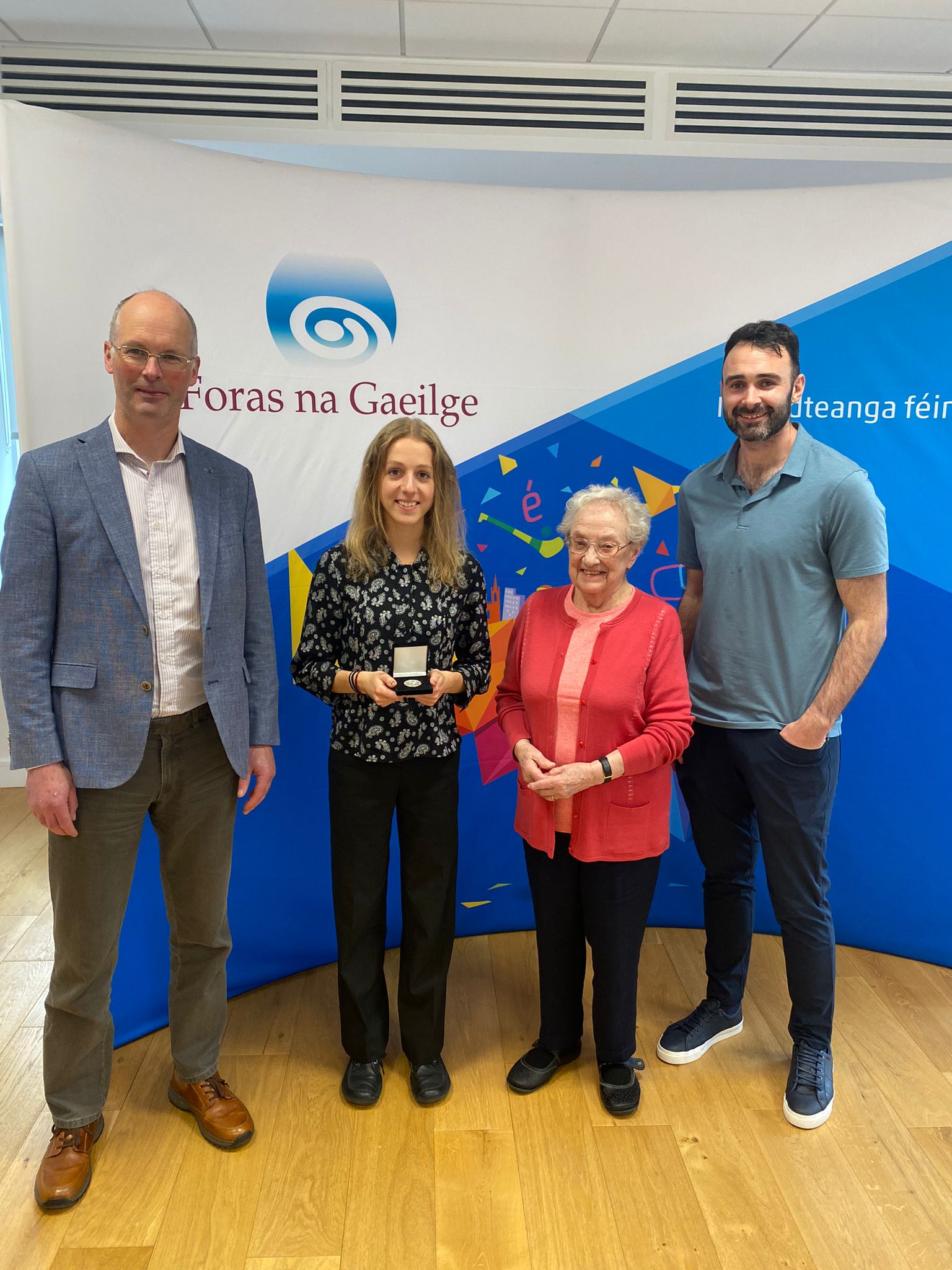